Does The US Constitution Still Matter?

More and more often, I hear the opinions of others: “it doesn’t really matter… does it? I mean… it’s, like, really old. That’s outdated, right?” ‘It’ as in, the US Constitution.

Well, I have an answer to that.

Why, then, should the US Constitution be?

Well, it’s not, because it is based on timeless principles such as private ownership, limited government, federalism, freedom of speech and press, and many more principles that bless our lives today when we live them, and curse our lives when we don’t.

The Constitution is a key document in the welfare of our nation. While the Declaration of Independence is the ideology of our nation, the Constitution is the methodology. While the Declaration of Independence makes a promise (the equal right to life, liberty, and happiness), the Constitution makes good on that promise -essentially, it provides a government that allows those to be a reality. Both are fundamental to our freedom and should be respected, studied, and understood.

While the document is not perfect, it does not need to be. We are imperfect beings in an imperfect world, and we will be ruled with imperfect government. In the words of James Madison, a signer of the Constitution and the 4th president of the USA, “If men were angels, no government would be necessary.”

Quite frankly, it’s absurd! It’s not even possible! Likewise, many people think that it was impossible for the founders to write a document that would actually protect US citizens’ freedoms in a single summer. We were an infantile nation, at that point.

However, that was not the way it was -the Constitution was not written in a summer.

Those who think that are forgetting a few key parts of the picture:

Some people assert that the Constitution was not made to protect freedom and that it does not support it at all. However, the way the government was set up was designed specifically to limit the government’s powers, because when the government is limited, freedom is not. It’s as simple as that.

But it’s also written in the ‘prologue’: first paragraph, first page of the US Constitution:

We the people of the United States, in order to form a  more perfect union, establish justice, ensure domestic tranquility, provide for the common defense, promote the general welfare, and secure the blessings of liberty to ourselves and our posterity, do ordain and establish this Constitution for the United States of America.

In less fancy words, the Constitution was written to ESTABLISH AND PRESERVE PEACE AND FREEDOM.

So is the Constitution outdated? Is it ‘out of vogue’? Does it actually do anything to protect freedom?

The answer to that is no, it’s not outdated. No, it’s not ‘out of vogue’: unless freedom is, too. Yes, it actually does protect our freedom.

In other words, yes, the Constitution still matters. 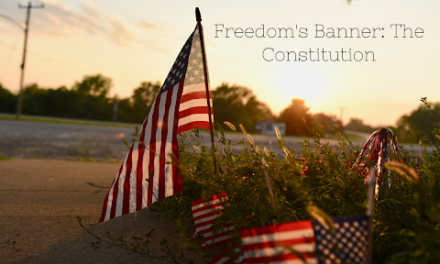 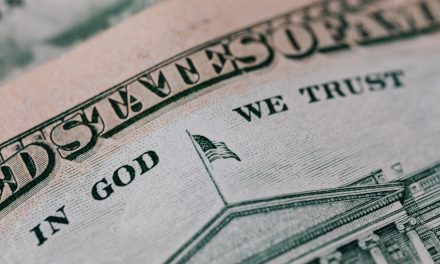 One Nation, Under God 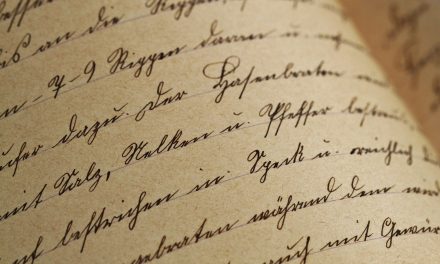 Must We All Therefore Resign?