“The most noble life…save One”

“I came to comprehend and recognize her at last for what she was-the most noble life that was ever born into this world save only One.”-Mark Twain

In a crowed, boisterous courtyard in 1431 AD a young peasant girl walked serenely toward death. No burial awaited this youthful heroine; the only comfort offered her in this hour of excruciating pain was the chance to gaze upon a cross. While fire stole this sacred body, it was God who claimed her soul. Two Hundred and Ninety-Seven miles from home Joan of Arc awaited her ascent into heaven.

In a time where leadership in America is often directed toward political figures and candidates, we tend to see more negativity than positivity in our leaders. We long for the comfort, serenity, and peace accompanying true devoted leadership where all people can be united under one cause. When our lives, states, and nations feel like war-torn France without a king, and invaded by a foreign power, we know what our country really needs is good leadership. By studying Joan’s life, her calling from God, her trial, and eventual death we can grasp what true leadership is and how we identify it.

The life and works of Joan of Arc deserve more room than a single article or even a series of articles could provide. For the present, I will discuss Joan’s early life up to the point of her meeting with Prince Charles. In part two I will discuss Joan’s military exploits, and lastly, I will conclude with her trial in part three.

Joan was born to Jacquot d’Arc and Isabelle Romée De Vouthon, on January 6, 1412, in Domrémy France. Three hundred and seventy-five years into the Hundred Years’ war Joan would not have known France in its full glory and splendor. It is very unlikely that Joan would have had any form of schooling, all she knew would have come from her life on a farm, and the experience given Joan by her mother. When Joan was just thirteen years old she received a heavenly visit from who she identified as St. Michael. His message to Joan was simple-God had a work for her to perform, and she would receive more instruction from St. Catherine and St. Margaret. For four years Joan received tutorage from these angels, in 1428 AD they instructed Joan to travel to Vaucouleurs and speak with Robert de Baudricourt. Joan was to seek the aid of Baudricourt and to ask that he equip her with a horse and escorts to travel to Chinon to speak with Prince Charles. There was a prophecy that France would be “made desolate by a woman and restored by a Maid” it was this, along with Joan’s success at winning over the people, and her accurate prediction of a battle that finally convinced Baudricourt to assist her in obtaining a conference with Prince Charles.

Joan and her escorts traveled over three hundred miles to the Prince who was staying at Chinon. Here is where we get the famous story of Prince Charles’s failed attempt to deceive Joan. Despite her being ignorant of what Charles looked like, and his premeditated attempt to confuse her, she knew immediately who he was and that she was being deceived. Joan was given command over the French army, was forged a suit of armor to fit her small frame, and uncovered the sword that was buried under the altar of Saint Catherine of Fierbois church.

The early experiences of Joan teach us that leadership is a calling; influential leaders are sanctioned by God and upheld by the people; strong leaders see through deception and are stalwart in their mission. Any leader who hopes to influence a group of people who worship God must have both His approval for leadership, and the ability to win the hearts of the people. Once Robert de Baudricourt, and the Crowned Prince of France understood the serenity of Joan they gave her the chance to lead, and she never let them down. Leaders can often take the form of small, less privileged individuals but if they are truly inspired by God these challenges will become trivial. We should not be afraid to put these proclaimed leaders to the test as did Prince Charles. In the words of Alexander the Great “I am not afraid of an army of lions led by a sheep; I am afraid of an army of sheep led by a lion.” Joan was the lion for the French army, may we be looking for the lions around us, even the less obvious, and give them the opportunity to use their God-given gifts.

Kennedy, Lesley. “Why Was Joan of Arc Burned at the Stake?” HISTORY, 30 May 2019, www.history.com/news/joan-arc-burned-stake.

Until the Lion Tells the Story 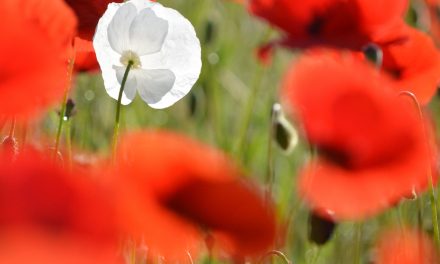 The Home of the Brave

The Fundamental Orders of Connecticut, and Thomas Hooker